When in Rome do as the Romans do! Feel like a roman by sharing a scooter ride.

Drivers share with you the best their city has to offer. From highlights to hidden gems, from street food to gourmet gelato, you get to experience it all from the back of a vintage Vespa.

Once booked, meet your driver at the arranged meeting point. 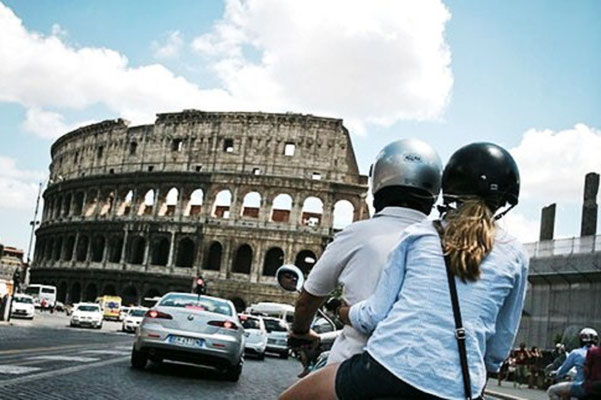 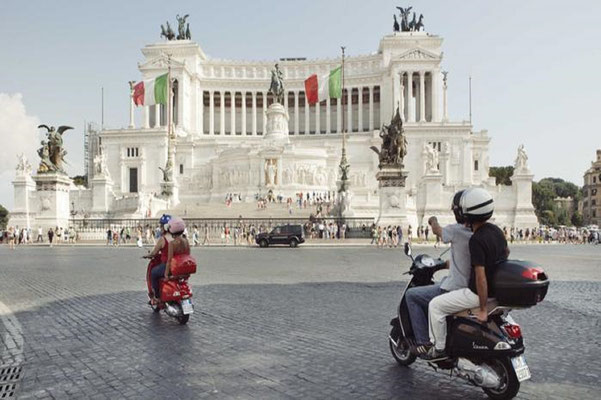 Pick the experience that best suits your interests!

Available for single and groups

Details about the tour:

"Rome Classic Tour" is an exclusive tour hosted by an expert scooter driver who will take you on their scooter for a beautiful 3 hours journey around the eternal city. Not only will you see some of Rome's most beautiful sights, views, and monuments, there will also be pit stops along the way to take photos, walk around, and much more!

The meeting point for the tour is at our offices in Via In Selci 58; alternatively, we can pick you up at a desired location.

Available for single and groups

Details about the tour:

"Rome Street Art Tour" is an exclusive 3 hours scooter ride for travelers who are looking to take their holiday to another level. This tour includes all the major Street Art epicenters. You will explore hidden gems that visitors rarely get the chance to experience! Then, you will have a chance to try some of the best local Roman Street Food.

The meeting point for the tour is at our offices in Via In Selci 58 or we can pick you up at a desired location.

The above are only a handful of the locations you will be visiting during the Rome Street Art Tour. Typical streetfood experience is included!

Other available tours not in Rome... ask info

NOTE: The company providing the tours is our business partner, completely separated from us